What is vitamin D, and what makes it so important?

Vitamin D is a fat-soluble vitamin that refers to a family of prohormones derived from cholesterol that plays an essential role in healthy bone maintenance and efficient calcium absorption.

Without it, the majority of the calcium we intake nutritionally wouldn’t be effectively absorbed, and much of it would be wasted

Originally thought to only play a part in calcium homeostasis with a function to support the intestine, kidneys, bone, and parathyroid gland,

Suffice it to say that its vitamin d is crucial and likely doesn’t get the notice that it should.

But why is Vitamin D a potential problem for vegans, and are vegans the only ones at risk?

To answer this effectively, we first need to look at what things affect vitamin D levels where vitamin D comes from nutritionally and the two main types of vitamin d we need to focus on

There have been multiple studies done on the effectiveness of vitamin d2 over d3 with conflicting results.

Some research has shown that when taking regular 1000ui doses of vitamin D from either D2 or D3, the effects are equal 1,2,3.

Whereas other studies have shown that D3 is superior  with some results showing an overall 1.7 times better efficiency of vitamin D3 over D2

The general takeaway for vegans is that the sources high in vitamin D, especially D3, are low. Mushrooms are a great source of vitamin D (mainly D2) and should be a high priority in a balanced vegan diet but a more effective way to manage vitamin D levels to gain bother D2 & D3 as a vegan is through extra sunshine, fortified foods, and supplementation

For anyone lucky enough to live in a location that allows for relaxing strolls through the sun, where they can soak up the rays and getting a daily recharge of energizing vitamin d the chances of becoming deficient are extremely minimal. No matter whether you are vegan or non-vegan the sun is an optimal solution to any vitamin d issues

Multiple factors can prevent how much actual sunlight gets to your skin in a manner efficient enough for you to produce a healthy amount of vitamin D. From the season and time of day, through to clouds in the sky and glass windows they can all affect how much UV light you absorb but one of the biggest factors especially for those living in cities is pollution.

The contaminated air, with smoke, fumes, car emissions, can prevent the number of UV rays that your skin absorbs which will affect how much vitamin D you can produce as a result.

For melanated individuals that live in colder climates in the northern hemisphere, they will be more susceptible to vitamin d issues since those with more melanin in their skin can soak up more of the sun’s rays and therefore need more of it to hit a sufficient vitamin d amount.

For those of us not living in daily beautiful weather conditions or for those who prefer to stay inside, your vitamin d will need to come from food.

The first issue is that not many foods have a high amount of vitamin d content, so the struggle for anyone not living with enough sun becomes prevalent.

The second issue and the reason that there is a potentially higher risk for vegans is that the main food that has the highest amount of vitamin d content and is the most easily accessible is fish.

But surprisingly still many fish and meat-eaters have a high rate of vitamin D deficiency, so concern over vitamin D is not strictly a Vegan issue

Fish contain the most amount of vitamin d simply due to the number of microalgae that they consume. The plants absorb the sun creating vitamin d which the fish consume, and when a meat-eater consumers the fish, the vitamin d continues on its path from to its next host, you.

Which plants based foods have the highest vitamin d content for vegans to boost their vitamin d levels with?

Mushrooms exposed to sunlight or UV rays increases the amount of vitamin D contained within, making them one of the best sources of vitamin D on any diet.

One of the main reasons fish are high in vitamin D is due to the microalgae that they eat. Microalgae is one of the only plant sources that we have identified so far that contain vitamin D3 instead of vitamin D2.

The main microalgae that vegans should focus on are called Lichen.

There are over 20,000 known species of lichen

Most of the vitamin d in the standard American diet comes from fortified foods but without a big focus on the importance of vitamin D, there has still ended up being a high rate of vitamin D deficiency among the general public.

A great way to hit your recommended daily amount is through a quality vitamin d supplement. In fact, the most efficient way for most individuals to get a consistently accurate amount of vitamin d daily is through supplementation.

Lanolin vs Lichen (microalgae), and mushrooms.

Check out the best vegan vitamin d supplements available to find a product that works best for your needs.

How much vitamin d do vegans actually need?

The average recommended daily amount of vitamin D for both vegans and meat-eaters is 600iu but there are a few factors that can affect your requirement and absorption rate.

More information is constantly coming out, showcasing the importance of vitamin D and how it’s linked to a multitude of functions within the human body.

Depending on your age, sex, and activity level, your required vitamin D levels will vary, but the average recommended daily amount of vitamin d is around 15micrograms, which is equivalent to 600iu (international units).

This is enough to allow our bodies to absorb calcium without excess being wasted through urinary excretion.

As we get older, our ability to utilize vitamin D efficiently begins to decrease, so our vitamin d intake needs to increase for our bodies to maintain a healthy supply.

For men and women above 70, the intake is increased by a third to 20 micrograms a day which is the equivalent of 800iu

Bodyweight and fat amount are other factors that can play a part in how much vitamin D your body needs to run efficiently.

A study in the European Journal of Nutrition found that the weight of participants had a 34.5% variation factor in the circulating vitamin D of those taking part, specifically when taking vitamin D in the form of supplements.

The general conclusion was the more weight you have, the larger amount of vitamin D is needed for optimal levels to be reached

Due to supplementation growing in popularity, more and more people are turning to supplements as a solution to deficiencies. This is perfectly fine with the prerequisite requirements of knowing how much you need to be taking, how often, and what are the extreme levels that could potentially fall into overdose territory.

With athletes being one of the main groups marketed to when it comes to supplements, they can be prone to taking more than necessary to make sure they excel at their chosen sport. In regards to vitamin D, research shows no need to increase vitamin D intake when going through a rigorous exercise regime. The regular daily dosage given for the general public of 600-800iu per day is enough to hit most athletes needs according to the research

The key take away is to make sure you get in enough to avoid deficiency, but no extra intake is needed to enhance performance.

Can you have too much vitamin D?

The upper intake level for vitamin D, according to the National Academies of Sciences Engineering and Medicine plus the European Food Standards Agency (EFSA) is 100mcg a day or 4000iu equivalent.

Since vitamin D plays a key role in the regulation and absorption of calcium, excess vitamin d can negatively affect calcium homeostasis and cause blood levels of calcium to rise which can potentially lead to calcification in the veins and muscle tissues

Having an excess vitamin D usually occurs through oral means (such as supplementation) and doesn’t tend to occur due to extra time in the sun due since our bodies are able to self regulate our vitamin D levels.

How can I tell if I’m becoming vitamin D deficient?

Vitamin D deficiency predominantly occurs as a result of dietary inefficiency. Since Vitamin D plays such an important part in so many of our bodily functions, it is important to be aware of some of the symptoms that could be linked to a possible deficiency.

If you notice any of these signs, consult your doctor.

Some symptoms to look out for:

Main vitamin D cofactors you should be aware of are

Also, remember that vitamin d requires fat for optimal absorption since its an oil-soluble vitamin. 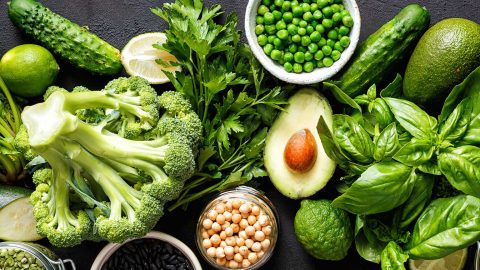 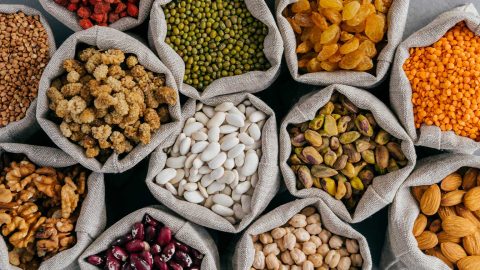 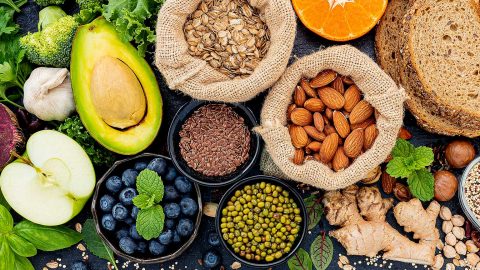 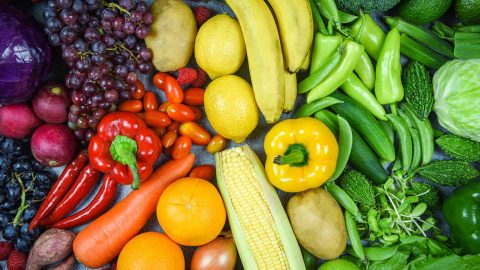 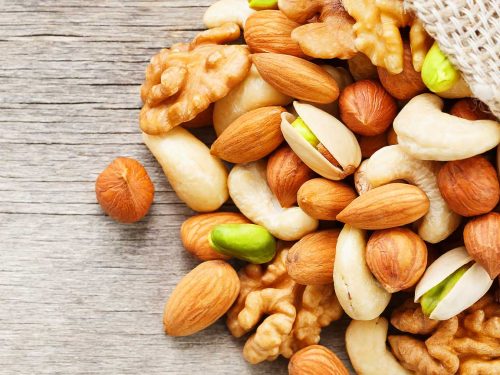 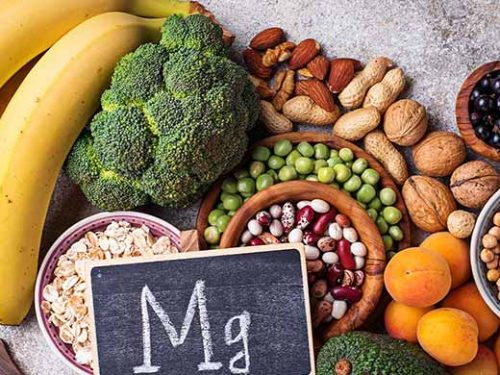 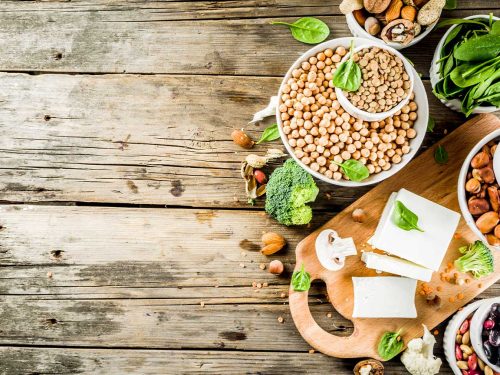 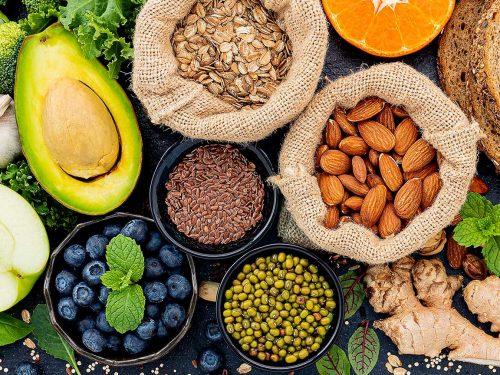 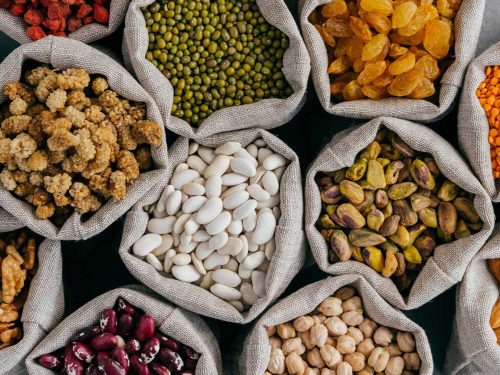